In Blackshift 2.1.15, I replaced the old Level Select menu with an overworld map. There are still 100 levels, but instead of going straight from one to the next, they are now all located in the overworld, and you drive around between them. 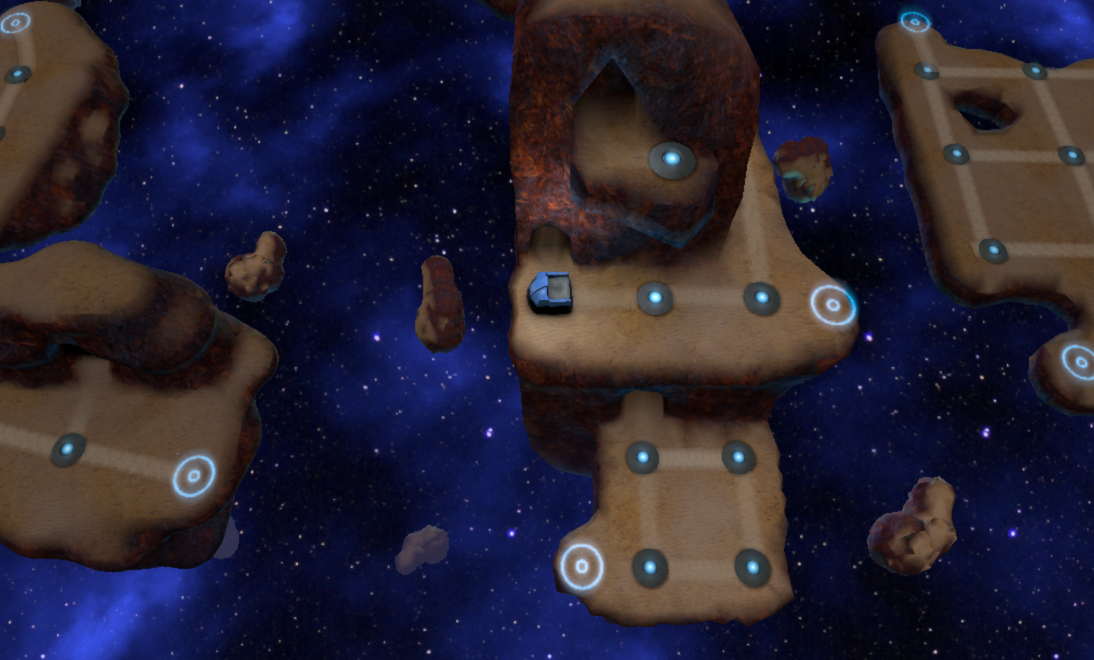 The benefits of this are:

It also has some drawbacks:

The player can simply drive to a level and press Enter. When they finish the level, roads to one or more other levels appear.

There are ten worlds, and each has ten levels. Completing enough levels reveals a jump pad to launch the player to the next world.

Levels aren't the only things in the overworld. To add some variety, there are also many caves dotted about. If you enter one, you'll be taken to a new kind of level — a “cave level”. Now, as far as the engine is concerned, these are just levels, but unlike normal levels, you can't “win” them. Instead, they function as tunnels to other parts of the overworld, or just little areas that you can explore in relative safety, looking for shiny things.

Having built the core mechanics of the game, these caves were a way to squeeze an extra player experience out of them without adding much new code. I really like how they've turned out.

Whether or not an overworld is the right choice depends heavily on the game. It's a tradeoff: you gain exploration and discovery, but you lose a certain fast-paced, arcadey immediacy. Compare, for example, Super Mario Bros 1 vs. 3. The latter is an adventure; the former, more of a marathon.

One of my main goals for Blackshift is to elicit a sense of mystery, so, although I was getting ready to wind the project down, making this last-minute change (and making a lot more work for myself) was I think a good decision. Hopefully, players won't mind waiting a little longer for a better game.

"I like to introduce mechanics in earlier levels" ... and in later levels!  Oh yeah, then I'll flip that all on it's head for the final level, and add a bunch more mechanics too! ;)